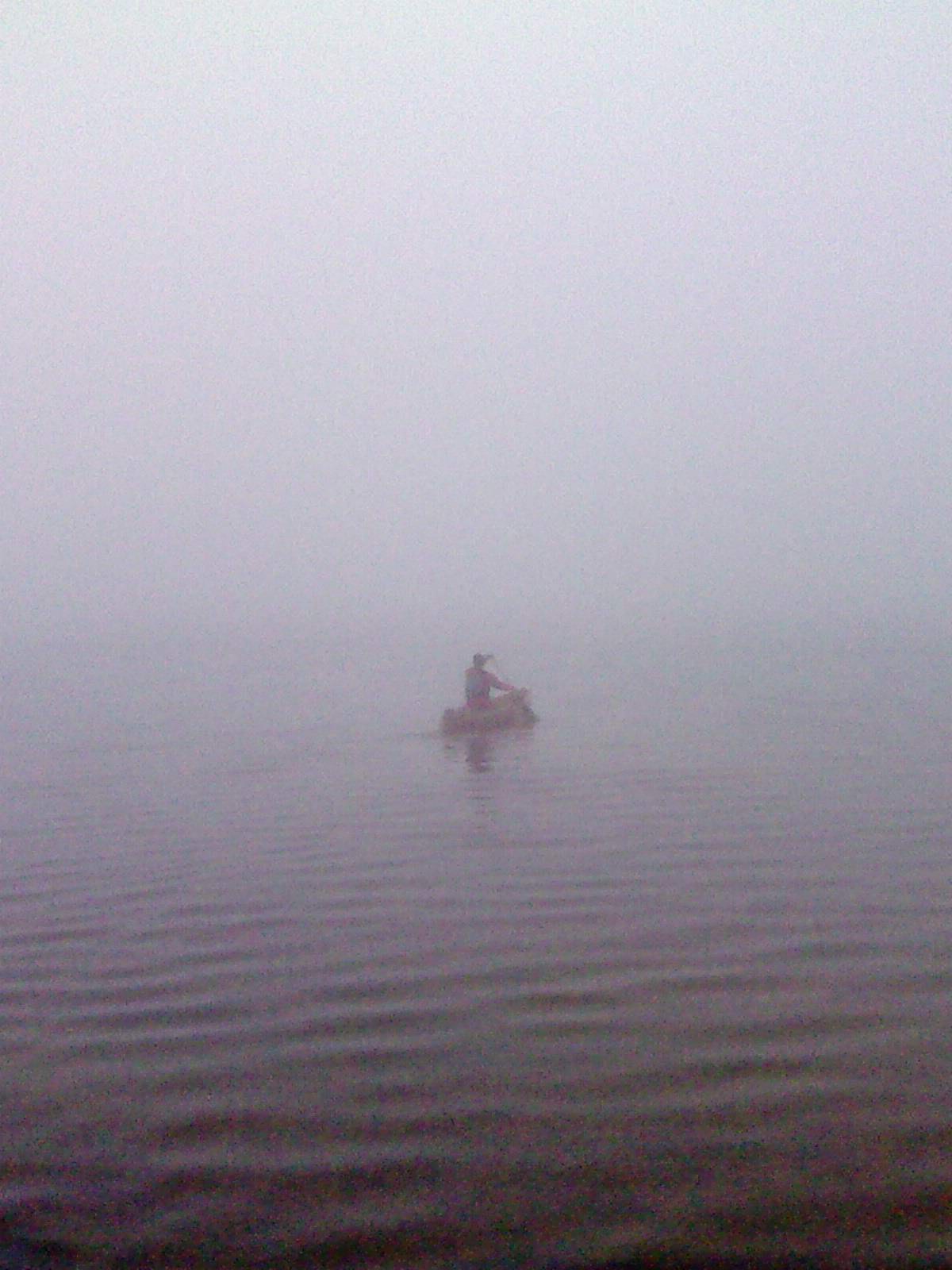 I have been travelling around Southeastern Ontario these past few weeks, encountering family, friends and even strangers while listening for the deeper signs. After flying into Waterloo and visiting with my brother and his children I spent four days camping with my brothers in Algonquin Park. There we were blessed with wonderful weather during the day and warm campfires to ward off the cool of night. The splendour of the fall colours that cascaded across the forest of the park, the glasslike calm of the lake waters and the sound of the loons early in the morning rounded out this immersion in one of nature’s loveliest of playgrounds. After breaking camp my brother Mark and I drove on to Ottawa making sure that we stopped for the requisite ice-cream cone at Kawartha Dairy in Bancroft. A few days later I was invited to attend a men’s spirituality circle at a faith-based farm just outside Ottawa where I had volunteered more than thirty years ago. The warmth of a large campfire provided the primal symbol for our gathering. Meanwhile, throughout this past week I’ve had several visits with my aging father who has recently moved into a senior’s retirement residence. Finally, during these two weeks I have had a number of encounters with other men, sometimes over coffee or a meal or while taking a walk or driving in a car.

A common thread in these gatherings and conversations throughout these weeks has been the reality of suffering. Sometimes the suffering is related to the loss of relationships, the loss of a job, the loss of health, or the death of a partner. Whether it is through fate or personal foibles the reality of pain and grief, suffering and loss, enter into our lives. Sometimes we are forewarned of the entrance of suffering by others or by our own intuitions. Sometimes the entrance is unexpected and surprising, threatening our sense of control. Whatever the way of entrance, suffering inevitably comes into our lives.

What impressed me over these weeks, as I’ve listened to various men share their stories, is the ways in which they have handled the sufferings that have come. Rather than the classic stoic, lone ranger stance so popular within our western media and culture, most of the men I met shared their experiences and accompanying emotions quietly and freely. Contrary to how men are often characterized, as aloof, unfeeling or shutdown, there is an ease of discourse that emerges between men within the company of other men. Toss into the mix the bantering and joking, the exchange of advice and encouragement, and the fraternal correction and sharing of wisdom between old and young, and what emerges is a kind of communion peculiar to men. From within this communion arises the ability to re-enter into life with all its challenges and opportunities.

As I reflect upon all this I recall the many men who mentored me along the way. Of particular importance were the men who listened and guided me as I engaged in life and asked spiritual questions. I will be forever grateful for these men for they have not only taught me how to live but also modeled how to walk in this world of ours and how to do so when the inevitable experience of suffering comes. Moreover, most of my male mentors have pointed to the wisdom within the religious traditions on how to live with suffering.

Today as I look at the various world religions two spiritual traditions stand out. The founders of the Christian way, Jesus, and the Buddhist way, the Buddha, both sought to intentionally handle the reality of human suffering. Christ faced it head on and freely embraced the suffering of the crucifixion and transformed that suffering into new life. The Buddha came to enlightenment and learned that suffering, while real, could be illusion in light of the deeper essence of life. Neither Christ nor Buddha denied the reality of suffering. They simply modeled a way to move through suffering into the deeper way of being human.

← Hope and Climate Justice A World Where It Is Easier →